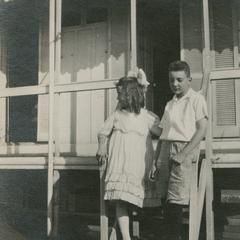 FINAL DISPOSITION: Rebuilt at Paducah in the winter of 1939-40 and renamed

OTHER INFORMATION: Ways - 4965; Her engines were from the Alex Mitchell. She ran St. Louis-St. Paul under the Diamond Jo banner for many years. In December 1886 she was chartered to Anchor Line and ran St. Louis-Vicksburg. She was rebuilt in 1892-94 by Diamond Jo and was on the ways at the Eagle yard in Dubuque for over a year. In 1903 she was rebuilt at Dubuque. On August 27, 1909 she collided with a moored barge while she was making a landing at Fountain City, Wisconsin. A hole was created in the hull about 2 feet above the water line. Damage was estimated at $100. From 1911-1917 she continued in the St. Paul trade under Streckfus Line ownership. In 1917 she was rebuilt into an excursion boat for St. Louis. She went to Pittsburgh in the summer of 1937 and ran Ohio River excursions based in Pittsburgh from 1938-39